Our recommendations for World Book Day 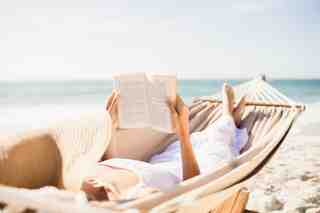 What better way to celebrate World Book Day than by one choosing one of our recommended reads, each of which is linked to one of our favourite featured destinations.

“Sometimes it's pretty hard to tell them apart...my family and the animals, that is. I don't know why my brothers and sisters complain so much. With snakes in the bath and scorpions on the lunch table, our house, on the island of Corfu, is a bit like a circus. So they should feel right at home...”

What was originally a memoir written by Gerald Durrell is now also a popular BBC drama. My family and other animals is a tale of an unconventional family who tire of the English climate and decide to relocate to the sunny island of Corfu. A very funny story that is also at times very serious; a must read for all ages.

“Like any collection of family photographs, it was a random selection that told only fragments of a story. The real tale would be revealed by the pictures that were missing or never even taken at all, not the ones that had been so carefully framed or packed away neatly in an envelope.”

The Island, by Victoria Hislop is a Mediterranean love story with a difference. A historical novel set on the island of Spinalonga off the coast of Crete, in which Hislop tells the tale of Alexis, a 25-year-old looking to discover the truth about her family’s secret past. The island is an emotional novel about tragedy, war and passion based on a true story.

“It was now possible to wake up in the morning and be amazed and grateful to be yet alive and living in a solid house, and to go to bed at night full of relief at having lived a commonplace and uneventful day.”

Captain Corelli’s Mandolin, written by Louis de Bernières, is set in 1941 where Captain Antonio Corelli, a young Italian officer, is posted to the Greek island of Kefalonia during the Italian and German occupation of World War II. There he meets Pelagia, a local doctor’s daughter and as their relationship develops, it becomes a fragile and complicated wartime love story.

“Sunglasses must be kept on until an acquaintance is identified at one of the tables, but one must not appear to be looking for company. Instead, the impression should be that one is heading into the cafe to make a phone call to one's titled Italian admirer, when--quelle surprise!--one sees a friend. The sunglasses can then be removed and the hair tossed while one is persuaded to sit down.”

The witty and warm-hearted tale, A Year in Provence, transports readers to the rural landscape of Lubéron, where the author Peter Mayle and his wife buy a 200-year-old farmhouse; a delightful and entertaining insight into the pleasures of Provençal life.

“We stopped when we found some sunbeds under straw parasols for hire. Nathan would just have flopped down on the beach where we stood, unwilling to pay the ten-euro fee; I insisted on paying, on the basis that I was a fair-skinned softie who needed some shade and comfort.”

Set in a sunny Portuguese town with a mysterious past, 300 Days of Sun by Deborah Lawrenson tells the story of Joanna Millard, a journalist travelling to Faro to study a language course. It cleverly combines a mysterious and intricate plot with complex characters and a historical background; a must read for fiction lovers.

“My idea of heaven still is to drive the gravel farm roads of Umbria and Tuscany, very pleasantly lost.”

Under the Tuscan Sun by Francis Mayes in an enchanting account of restoring an abandoned Tuscan farmhouse, described by The Sunday Telegraph as ‘The Italian equivalent of Peter Mayes A Year in Provence.’  Delving deep into typical life in Tuscany, Mayes is not only a seasoned traveller but a poet and food writer featuring a selection of wonderful Italian recipes.

“This thing is an elephant, and he has a name. Ananda can go faster than you think.”
“But how do you hide an elephant from people? It’s going to be more a problem to us than a solution.”

Get ready for a deeply exciting jungle adventure in Sri Lanka. Chaya, our heroine and best friend Neel take on the world in this glorious Robin Hood style story of stealing from the rich and giving to the poor. The Girl Who Stole an Elephant by Nizrana Farook is a colourful tale of fun and friendship

There’s nothing quite like curling up with a good book, whether that be while basking in the sun out by the pool or swaying in a hammock enjoying the sea breeze. Once you've decided upon your next holiday read, you'll need to find the perfect villa to match. Start your search with our beautiful collection of villas near the beach.